The path of succes

After a successful debut in karting, Xavier started his motorsport career in Formula Ford. He won the Belgium Championship twice and he was Vice-Benelux Champion. Xavier stepped up to the well known Formula Renault 2.0. With 5 victories, 16 podiums, 6 pole-positions and 5 fastest laps, he became Dutch vice-champion, finished in the top 10 in the European Championship and ended 3rd in the North-European Championship.

After one season in the World Series by Renault, Xavier changed his focus to GT endurance racing. After winning the 24 hours of Zolder with the Audi team WRT, he gained more experience in the 24 hours of Le Mans, Spa, Zolder and Nürburgring over the years. 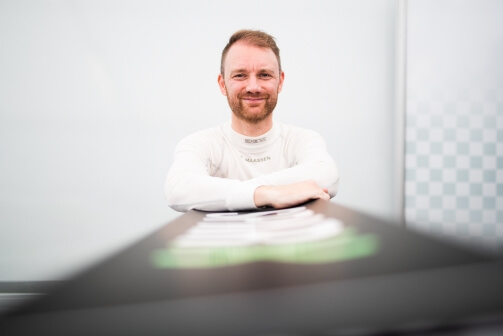 His succes in the Blancpain Endurance Series, with a win at the Nurburgring and a podium in the championship gave him the status as a quick, reliable professional driver. He continued his path of success, winning the 2014 and 2017 Porsche GT3 Cup Challenge Benelux, being vice-champion in Belgian GT Championship, winning the 12 Hours of Abu Dhabi and numerous podiums in the 24h Series. His succes also earned him a debut for AAI Motorsport in the Asian Le Mans Series.

Next to his motorsport adventures, Xavier spends time working on his fitness. Cardio fitness, power training, mountain biking, tennis and skiing are the sports that keep him in top shape. Since 2006, Xavier obtained a Master’s degree in International Business at the University of Maastricht. This greatly helps him with the business side of motorsport. He has proven to be very skilled in sports marketing and is experienced in communicating with the media. Read more about Xavier's Business Club on the Sparx website. 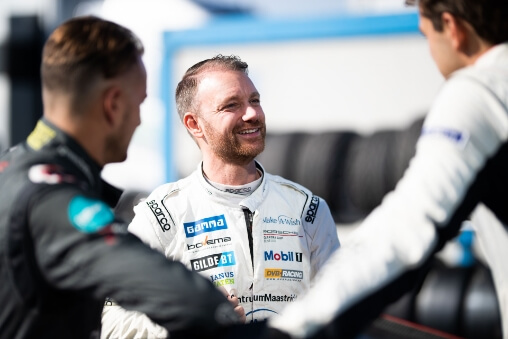 In the Porsche GT3 Cup Challenge Benelux Xavier finished the season as Vice-Champion. With 3 racewins, 9 podiums and 2 pole positions it was a successful season. 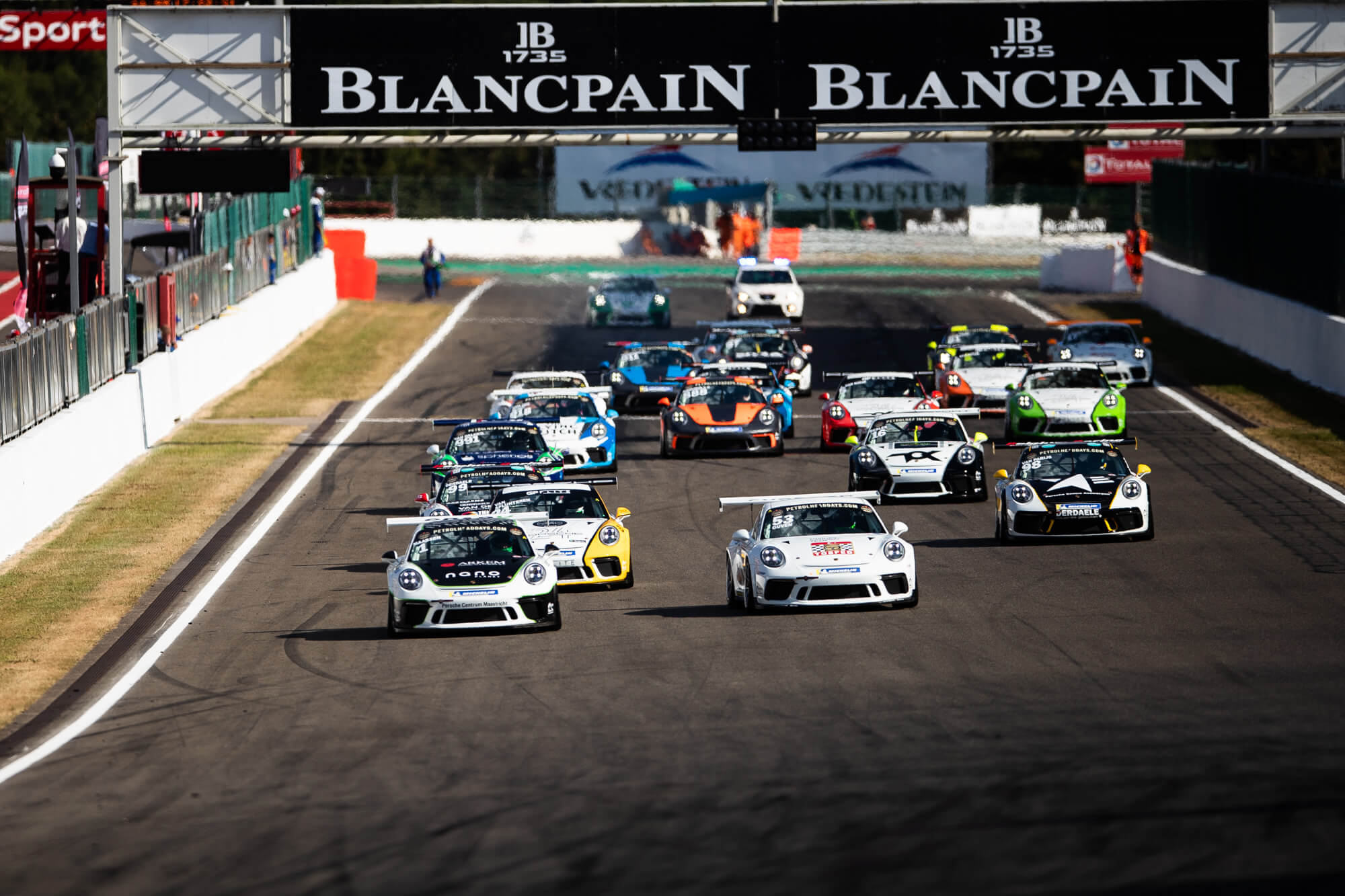 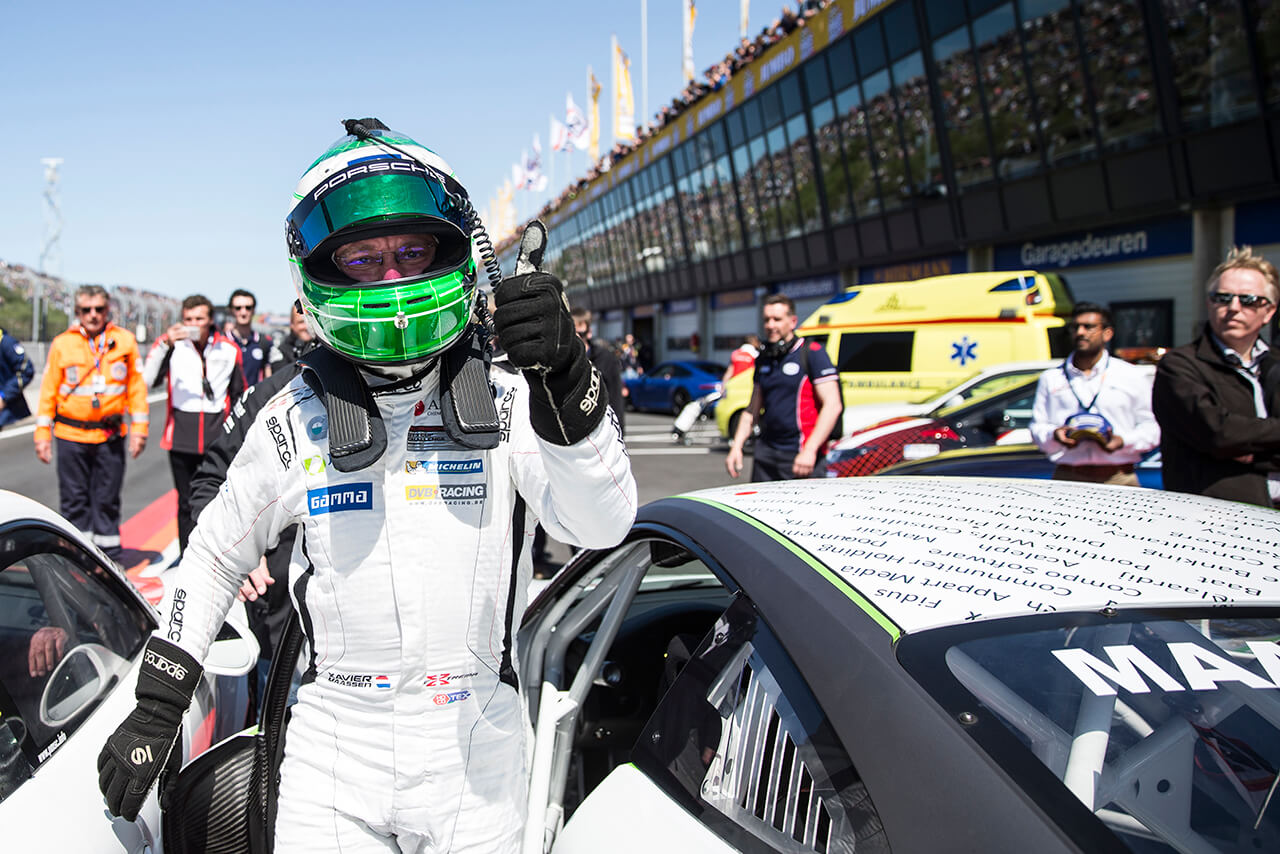 In 2017 Xavier won the Porsche GT3 Cup Challenge Benelux for the second time in  his career. Together with DVB Racing he battled the season to win his second title in a Porsche, with 4 wins, 8 podiums, 3 pole positions and 3 fastest laps.

The 2016 season was one of the busiest seasons of all. First of all Xavier participated for the first time in the ADAC GT Masters with a brand new team to the series, Aust Motorsport. Xavier guided the team with all his experience towards the front in his Audi R8 LMS in this strong international championship with more than 30 GT3 cars on the grid. Next to the ADAC GT Masters, Xavier raced wth his American friends in the MRS-USA Porsche GT3 Cup car in the 24h Series. With 1 win, 4 podiums, 3 pole-positions and 1 fastest lap it was a very successful collaboration. Finally, Xavier raced for the first time in the Asian Le Mans Series with AAI Motorsport in a McLaren MP4-12C GT3. 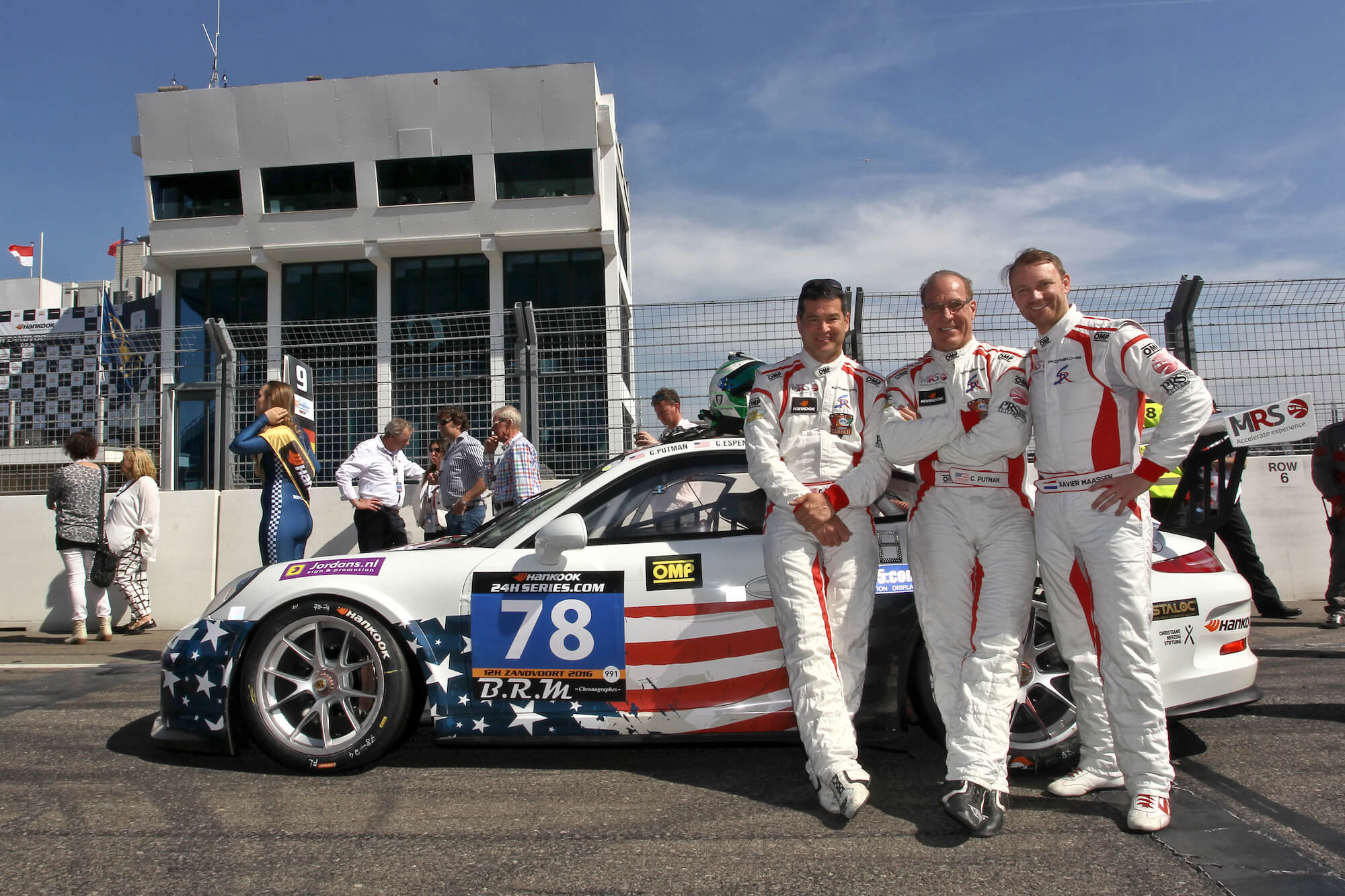 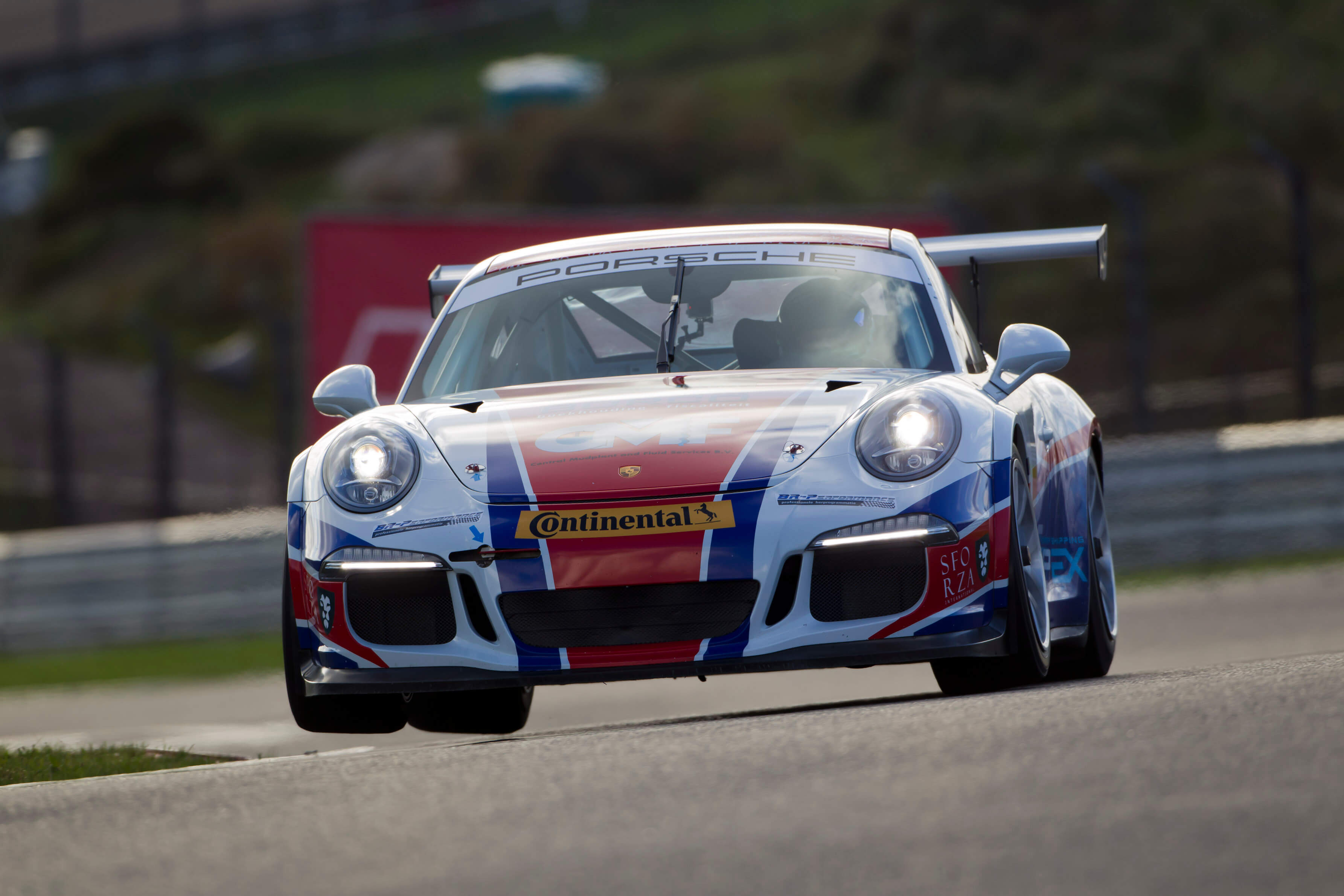 In 2015 Xavier participated for the fourth time in the 24 Heures du Mans. This time with a Porsche of AAI-Prospeed. Furthermore he won the Gulf 12 Hours in Abu Dhabi and finished on the podium in the 24 Hours of Zolder. With one win and five podiums he finished fourth in the Porsche GT3 Cup Challenge Benelux.

The 2014 was one of the most succesfull seasons in Xavier’s career. He won the title in the Porsche GT3 Cup Challenge Benelux and was vice-champion in the Belgian GT series (BRCC). With 17 podiums, 6 wins, 3 pole-positions and 1 fastest lap it was a tremendous season. In the 24 hours of Spa Xavier started the race for the winning HTP Motorsport. 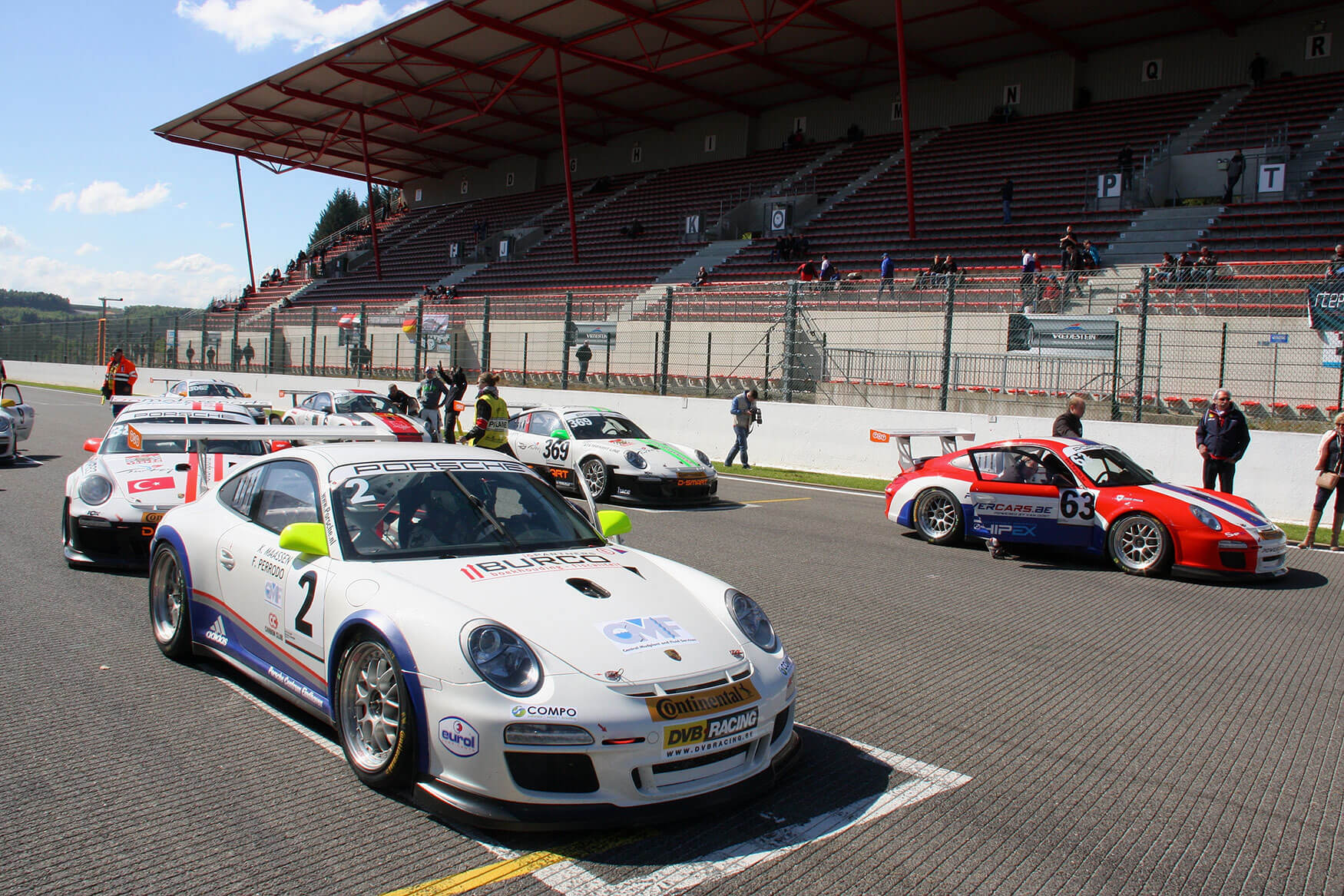 Together with Porsche team: ProSpeed Competion Xavier entered the Blancpain Endurance Series again with the heavily updated Porsche GT3 R. With his teammates Marc Hennerici and Maxime Soulet their best finish was a top 10 in the 24 Hours of Spa.

For the 2012 season Xavier made a new step in his career and became part of the succesful Porsche team; ProSpeed Competion. Together with Marc Goossens and Marc Hennerici, Xavier won the race on the Nurburgring and finished 3rd in the Blancpain Endurance Series with the Porsche GT3 R. 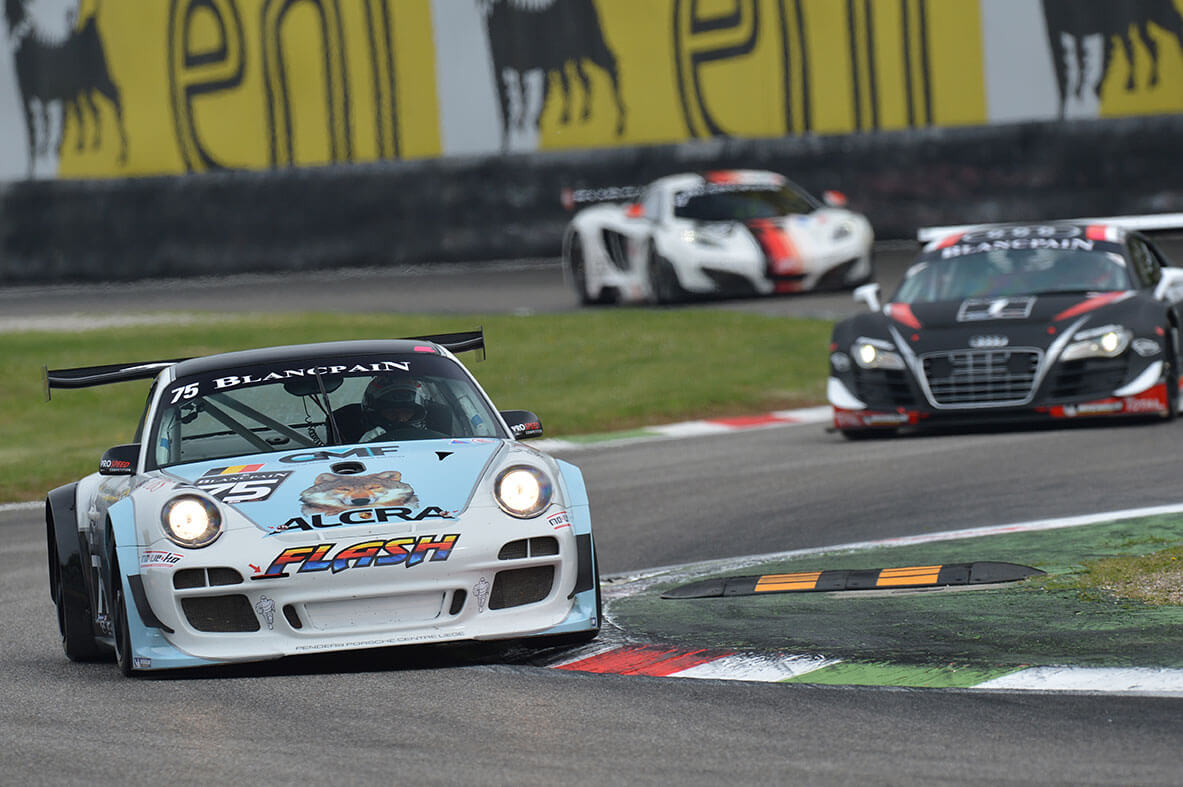 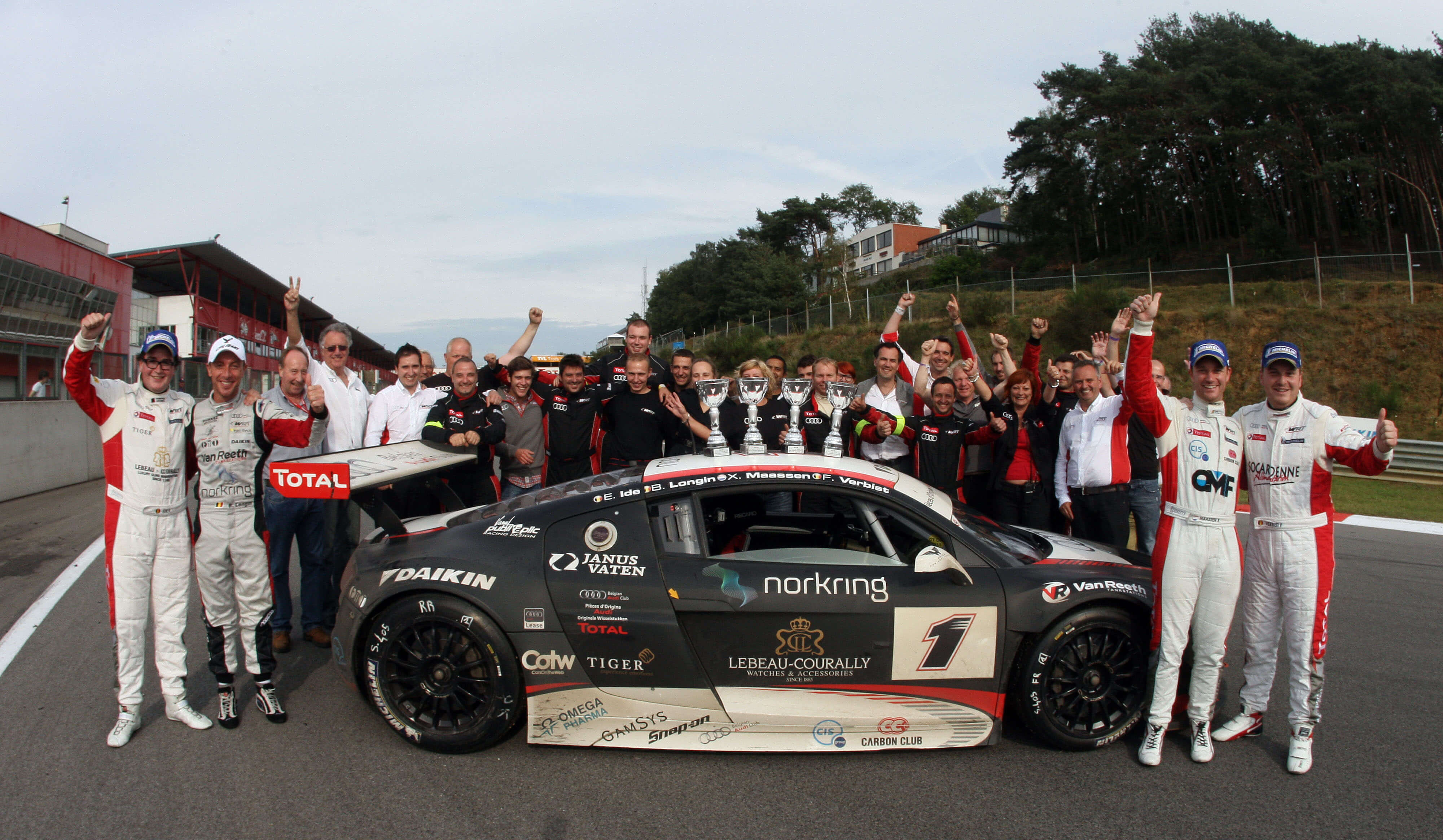 In the Belgian GT Championship Xavier finished in 2nd place in the Audi R8 LMS of WRT. They also won the 24 hours of Zolder after a long battle on track. It is Xavier’s first 24 hours racewin.

Xavier started the 24 Heures du Mans with the Dunlop Ferrari 458 GT2 of JMW Motorsport. The team finshed in 9th place in GTE PRO class. In the 24 hours of Spa he raced with the BMW Z4 GT3 of DB Motorsport.

With Luc Alphand Aventures he makes his second start in the 24 hours of Le Mans. Unfortunatly they have to abandon the race with a broken gearbox after chasing for the win in LM GT1. 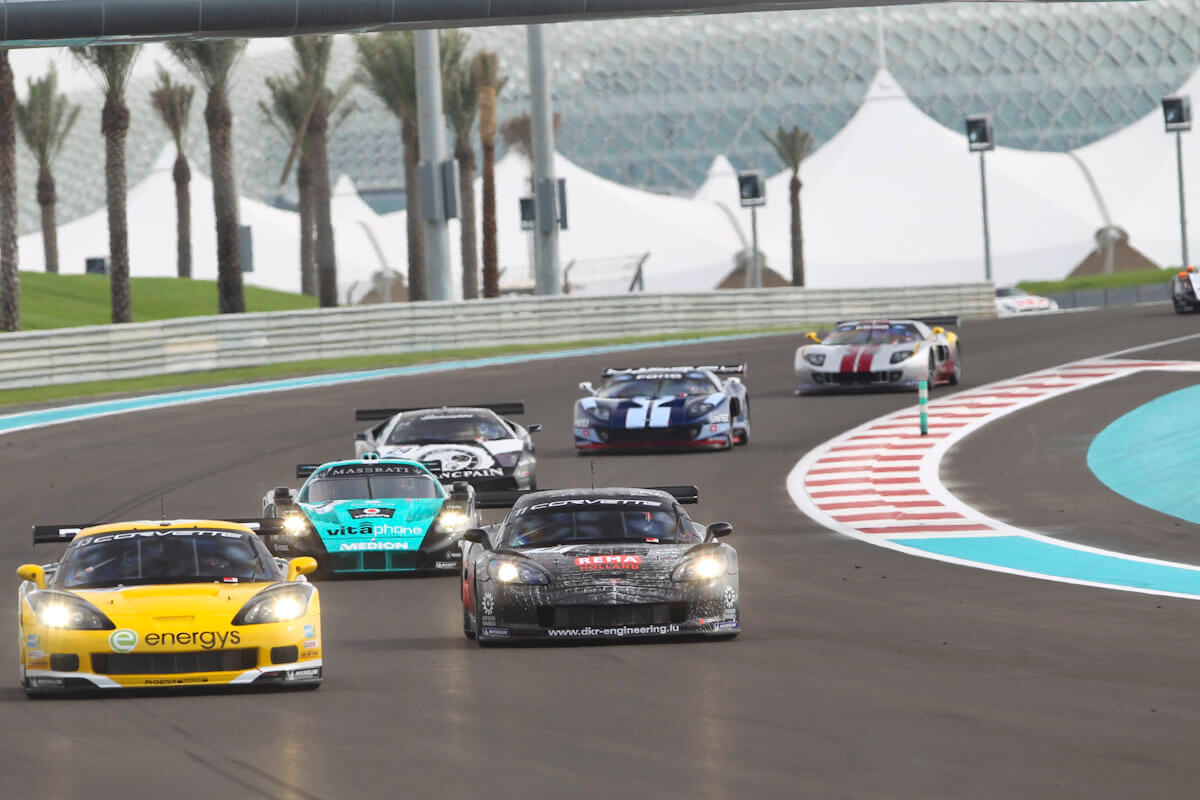 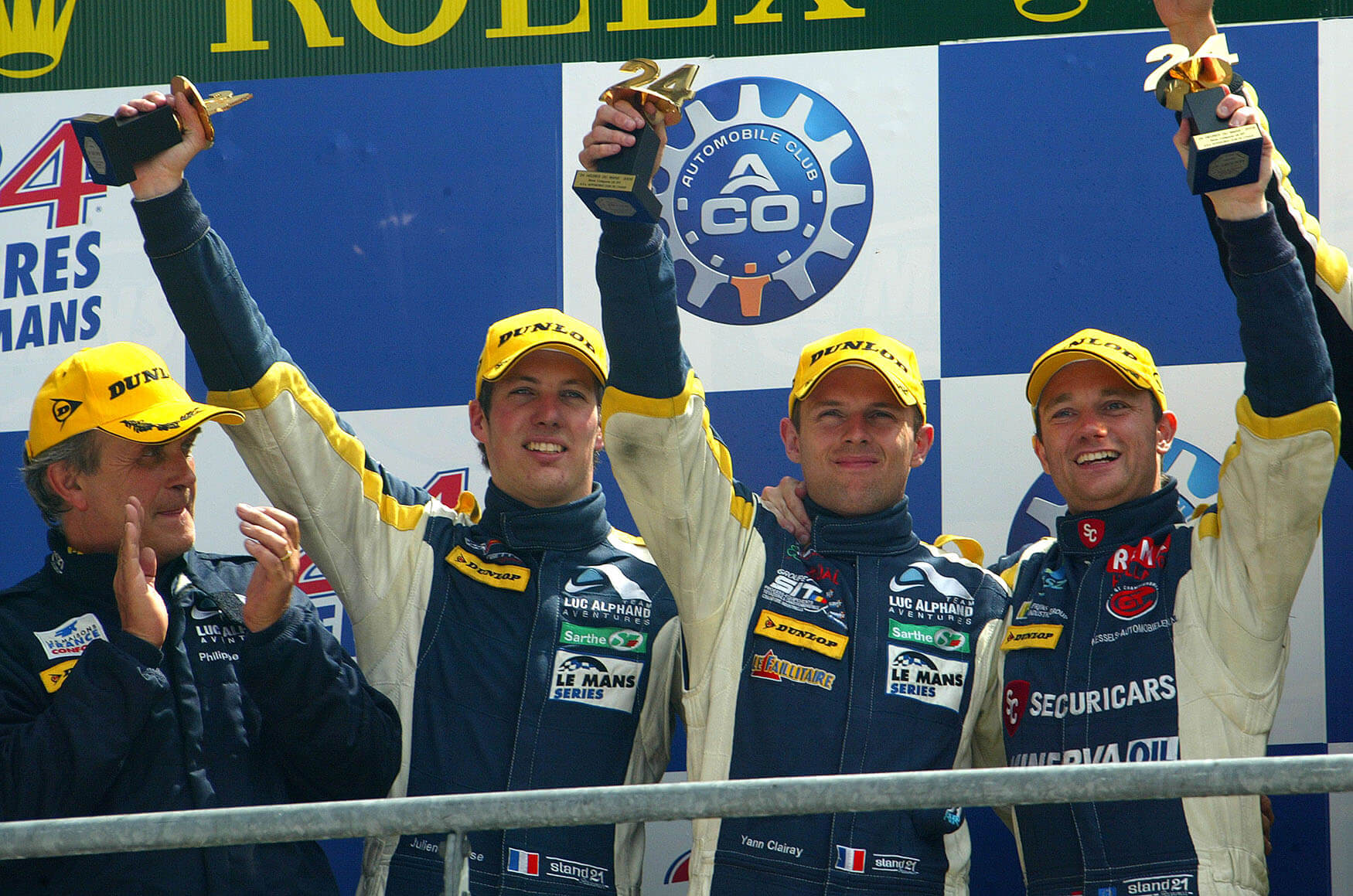 Xavier Maassen makes his debut in the femous 24 hours of Le Mans with the Corvette C6R of Luc Alphand Adventures. The team takes a shocking 2nd place in the GT1 class after a long race on the roads of La Sarthe It was a great result for the three young drivers; Julien Jousse, Yan Clairay and Xavier Maassen, that drove a faultless race.

In the FIA GT Championship, Xavier finishes 4th in final ranking and takes a podium in Silvestone with the Corvette C6R of Luc Alphand Aventures. In the 24 hours of Spa, Xavier was racing with the Sangari-team Brazil, with ex-F1 driver Enrique Bernoldi. In qualifying they took a 4th place on the grid. After being in the fight for the lead, the race ended disastrous with a big crash in Eau Rouge from Xavier’s teammate.

After 7 years of racing in single seaters, Xavier makes a conscious choice to pursue his career in GT cars. He makes his debut in the FIA GT Championship with the Corvette C6R of SRT. He finishes 7th in his maiden season with a win in Monza and podium in Brno together with Christophe Bouchut. 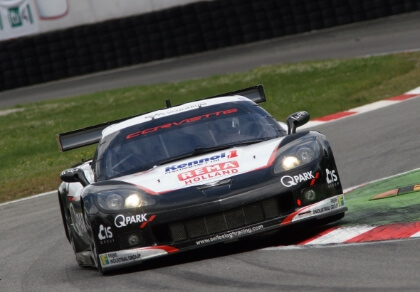 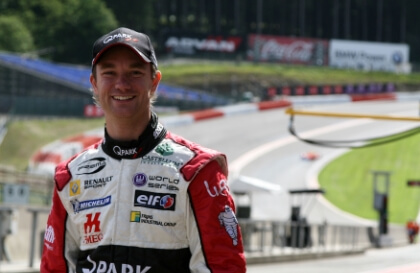 After success in the Formula Renault 2.0 it was time for the next challenge. Xavier entered the cradle of Formula 1; the World Series by Renault. Hij is part of the successful Prema Power Team in the Formula Renault 3.5. He took part in 17 races with 13th place as a best result. It was a tough season with many ups and downs.

After his adventures in the Netherlands, Xavier stepped up to the European Championship Formula Renault 2.0. In the 2005 season he finished in the top 10 of the highly rated championship. From 16 races he delivered with 3 podiums for JD Motorsport. 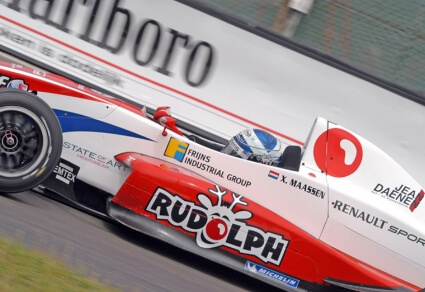 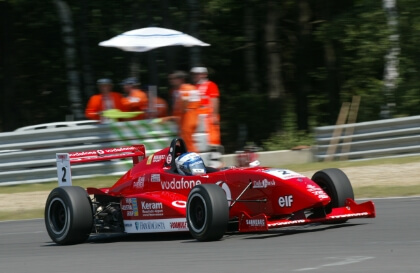 Xavier also took part in the 24 hours of Spa. He had a star appearance in the Dodge Viper SRT10 Competition Coupe.

Xavier won the Belgian Championship twice in Formula Ford. In 2002 he was also vice-Champion of the Benelux.

Xavier started his racing career in cars with the Silverstone Racing School in 2000. In the same year he took 3rd place in the Junior Formula Ford Winter Series in Great Britain. He scored 1 podium in 4 races with the team of Speedlover. 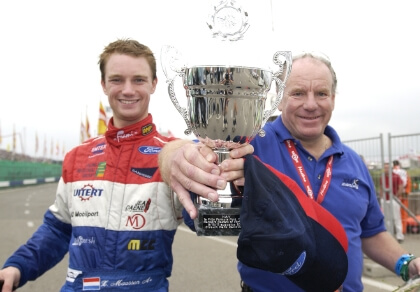 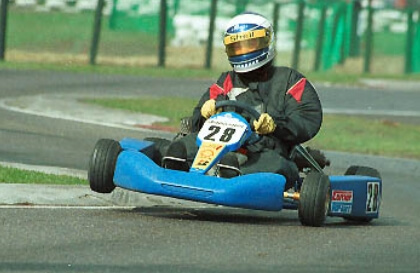 From 1996 till 2000 Xavier successfully started his career with karting. Only at the age of 15 he made his first steps into motorsport. In 1997 Xavier won his first championship in the Promotion Trophy in Genk, Belgium.

In the 2000 season, Xavier participated in the European Championship ICA, after a great race he finished 9th, as first Belgian with GWB, Top-Kart. In the Belgian Championship he ended up in 6th position that year.

Book me as keynote speaker 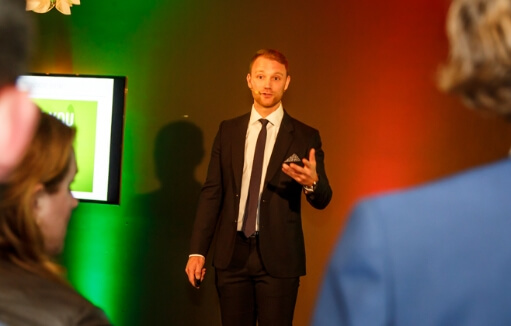 On the subject of Passion, Leadership and Dreams I speak for small and large groups to inspire them to follow their (hidden) dreams and live a life of purpose. This comes from my commitment to live my dreams and to inspire others to do the same. A combination of new levels of consciousness and great lessons I learned from racing cars. Would you like to know more about coaching? Check out my Sparx business page!

Book me as your Driver Coach 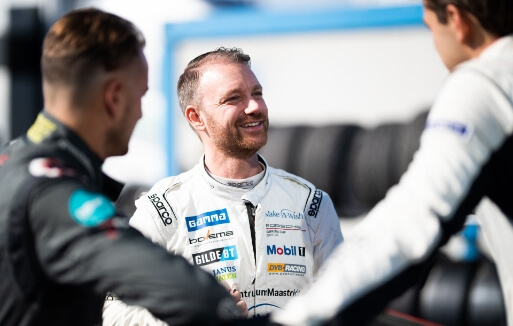 Drive on the racetrack with me a your personal coach. Racing is no longer a unattainable dream, thanks to our Driving Experience. Fast cars, racetracks, professional guidance, adrenaline and shifting your boundaries. Would you like to know more about coaching? Check out my Sparx business page!